What are credits? What are Royalties?

How do Credits Work?

If you've looked at your account page, you'll see that it has a balance of "credits" -- you get 5,000 free each month, and can purchase more either with a one-time payment, or by adding a credit card to your account to enable auto-reloading whenever you run out. 10,000 credits cost $1.

You spend these credits by calling Algorithms. Anytime you run an Algorithm, it deducts 1 credit per second of compute time. There aren't any additional fees for GPU usage, and we don't charge for "warm-up time": the latency that can sometimes occur the first time an Algorithm is called, while data and resources are brought in to do the actual computation. You only pay when Algorithms are running, and you don't pay anything when they aren't: Algorithmia doesn't have any subscription fees, or any charges for data storage etc.

How can you estimate how much a call will cost? If you go to a specific Algorithm's page, e.g. SentimentAnalysis, the "metrics" section tells you long an average call to this Algorithm takes. For example, a call to SentimentAnalysis usually takes 1.18 seconds -- so 10,000 calls would cost a total of 11,800 credits, or about $1.18

Note that this is an average: if you send SentimentAnalysis a very large amount of text to analyze in a single call, it may take several seconds. If you send it just a single, short sentence, it may take less than a second: in this case, the cost will be rounded up to 1 credit. 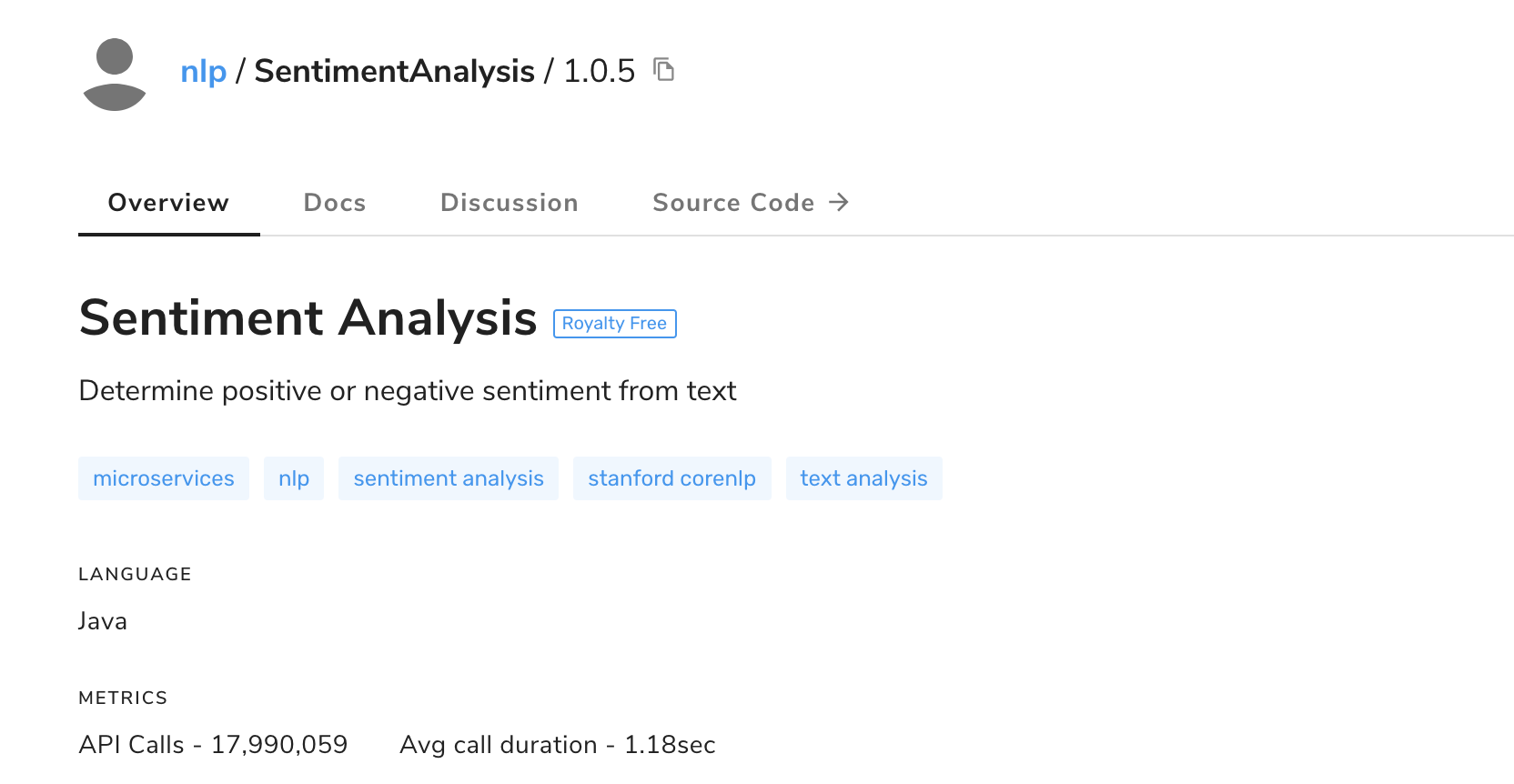 Some (but not all) credits also have a Royalty (shown next to the title). This is an additional cost selected by the Algorithm's creator, and 70% of the royalty goes back to them to help pay for the development of that Algorithm. The royalty fee, if it exists, is charged once per call (not per second). For example, if an Algorithm has a royalty fee of 10 credits, and takes 3 seconds to run on average, then a single call to that algorithm would cost about 13 credits.

If your account ever runs out of credits, your calls will stop working. For this reason, we recommend attaching a credit card for recurring payments on your account page. We'll also provide a grace period if a credit-card charge card fails, so that your account can run into the negative while we work with you to resolve the problem; we wouldn't want your production code to suddenly stop working because of a temporary payment problem.

Ready to learn more? Next we'll learn about Organizations.